Alright, it’s Friday, but when my mother told me about her latest Thursday at Twilight venture at the New Orleans Botanical Gardens in City Park, I just had to write about it. This is an ongoing concert series that she and many other New Orleanians of all backgrounds attend. It’s a beautiful spot too. 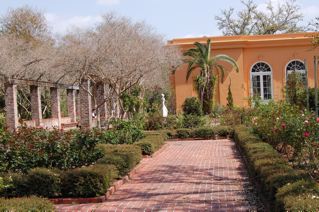 Last Thursday was Motown. It was sold out. She and her friends (all @ 70+ and many have lost their husbands) got up to dance. There were whites, blacks, old and young, wealthy and middle class people there all enjoying a good time. All dancing and sharing mint juleps. I asked her, “Where were the reporters?” She said someone was filming but this is not what you see on the news during the 5th year anniversary week of Hurricane Katrina.

No, all the reporters are primarily reporting from a single spot — in the “Lower Ninth Ward,” where, granted the most amount of work still has to be done because many people have not been able to move back here. It was the most downtrodden area of New Orleans before the storm. What about St. Bernard Parish right down the way? What about Algiers next area over, where my parents’ very dear African American friend lives? She lived with them temporarily after Katrina. What about Metairie? These areas have shown tremendous progress, but you rarely, if ever see reporting from here. Lakeview where my brother has a home has also made a comeback and this has been reported but the focus still remains the Lower Ninth Ward, where there are signs of class and racial separation just by its static nature. Reporting solely here gives the wrong impression of New Orleans. I wish reporters would focus on what brings New Orleans together — the great gumbo pot that it is. This is the New Orleans I know.

On that note, let’s listen to some fun New Orleans music from the Twilight Concert Series to Kick-Start the weekend. Big Chief, a classic, performed by Mays2 at the New Orleans Botanical Gardens.

To kick it up a notch, quite literally, I think I’ve mentioned this site Jumping in Art Museums, since the NO Botanical Gardens is located right next to the New Orleans Museum of Art. Just remember to bring your camera and snap a photo next time you’re at an art museum and don’t get caught taking it while you’re inside.

This week of remembrances is ending so get jumping!…. Jump Around by House of Pain to really Kick Start the weekend.