How upsetting to learn that one of the musical greats, Allen Toussaint passed away suddenly on November 10th. He was stricken with a heart attack just hours after performing in Madrid with his son. He was 77 years young.

I’ve been wanting to see him live in concert for years. I love his music, especially the song, Yes We Can from the album Our New Orleans recorded with other iconic New Orleans musicians such as Irma Thomas, as a benefit album for the Gulf Coast. This CD got me through some rough, surreal days after Katrina.

Here’s Allen Toussaint performing Yes We Can with Dr. John at Tulane’s Commencement.

Deacon John Moore and Irma Thomas reflects on their memories of Toussaint.

There are so many songs you may know that you never knew were written by Allen Toussaint like: Southern Nights made famous by Glen Campbell , Working on a Coal Mine (even Devo did a cover of this), Sneaking Sally through the Alley and Lady Marmalade made famous by Patty LaBelle as her signature song. He played piano on Mother-in-Law earlier in his career with Ernie K-Doe. His song Whipped Cream was made famous by Al Hirt and Herb Albert and their trumpets (and later became known more wildly as the song for the popular Dating Game). He produced Dr. John’s breakout album Right Place, Wrong Time (1973). Many of his other songs were recorded by the Rolling Stones, Bonnie Raitt and Warren Zevon among others. 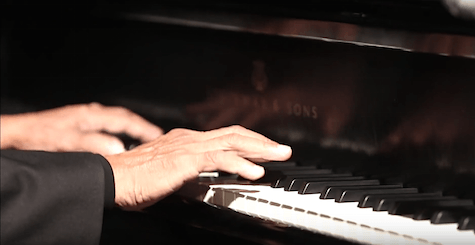 According to his obit in the Washington Post, he began playing the piano at age 6 and played everyday in the style of Professor Longhair, who was a major influence.

After being born and living all his life in New Orleans, he was forced from his home for the first time during Katrina in 2005. He didn’t make it back until 2013.

Enjoy the official Toussaint website for some Toussaint Tribute and wonderful jazz music to just play in the background. The site hasn’t posted any updated news yet, probably because his death was so unexpected. 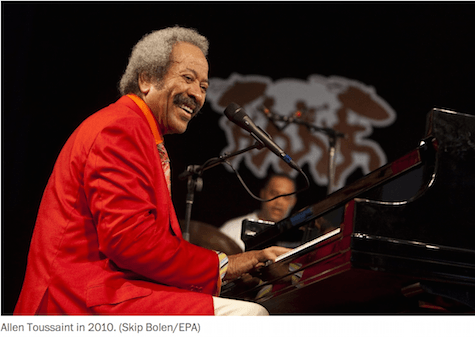 Enjoy a little more…from this great musician who will be sadly missed. Fortunately, he’s left us so many songs to happily play.

I’ve been so busy and just coming back from vacation to have much reflection on New Orleans 10 years after Hurricane Katrina. Sometimes painful memories are too difficult to relive but still deserve recollection and at the very least acknowledgement, which is what I’m doing (as I write this on 9-11) and at the first opportunity I’ve had since the August 29th anniversary, when my world and beloved city broke and it took a while to put back together.

On this note, rather than recount my own experience, I’ll note a really wonderful essay I read by Adam B. Kushner, who happens to be from New Orleans and the editor of PostEverything and the Outlook section of the Washington Post.

His refection in his article, “I didn’t know what it means to miss New Orleans” (the same title of one of songs that always tugs at my heartstrings), read as if he was writing my own (except maybe without having elderly parents and a dying father who at first did not want to leave and friends who were stranded). The difference is that I didn’t think that we shouldn’t rebuild.

He has since changed his mind, with reasonable thought and reflection on New Orleans, its heritage and it’s significance to all of the country.

This exuberant image of a Mardi Gras Indian embodies the New Orleans Spirit. 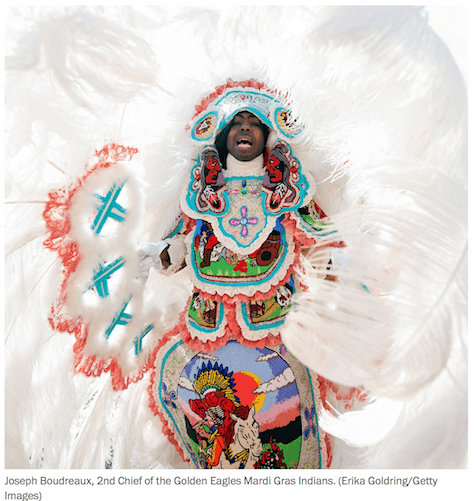 New Orleans is still struggling but we’re survivors and after 10 years we’re stronger and striving.

Regarding Images used: I do not claim ownership of any of the images posted on this blog (unless stated otherwise). I try my utmost best to give credit from original sources. If you have ownership rights of a photo and wish for me to remove it, please don’t hesitate to contact me.